The main massif of Lefkada is Stavrota Mountains (1182m). Lower mountains begin to spread out from the higher peaks, fall towards the sea and form plateaus and valleys on different heights.

In the centre of the island, on a valley 10km above the town of Lekada,

After Exanthia, from the village of Hortata, the view of the vast Ionian Sea continues in the horizon.

Higher,above Sfakiotes, we meet Karya, one of the biggest and oldest villages of the island. It is built amphitheatrically and its beautiful narrow paths begin from the square with the plane trees and the water springs.

On the left there are Platystoma and Vafkeri. Both villages are located in a green landscape full of running waters. On the south, the village of Alexandros has to show its beautiful, old stone houses.

Mountainous Lefkada still preserves its agricultural elements. As we climb the mountains we pass through landscapes of wild beauty. On the slopes the Lefkadians have gradually built, parallel narrow stone walls which hold the soil. Between the lines of the stone walls they have planted vines.
On the way we meet canyons with watermills and windmills on the slopes, churches, deserted country churches and monasteries.

In the country and the villages many women still wear the traditional lefkadian costume and use donkeys and horses in their agricultural life..

Eglouvi is the highest village of all. It is nestled between the mountains Ai-Lias and Stavrota

There is a road which leads even higher to a location called Mega Oros, to the deserted American Base and to the plateau Vouni

where the famous lentil of Eglouvi is produced. 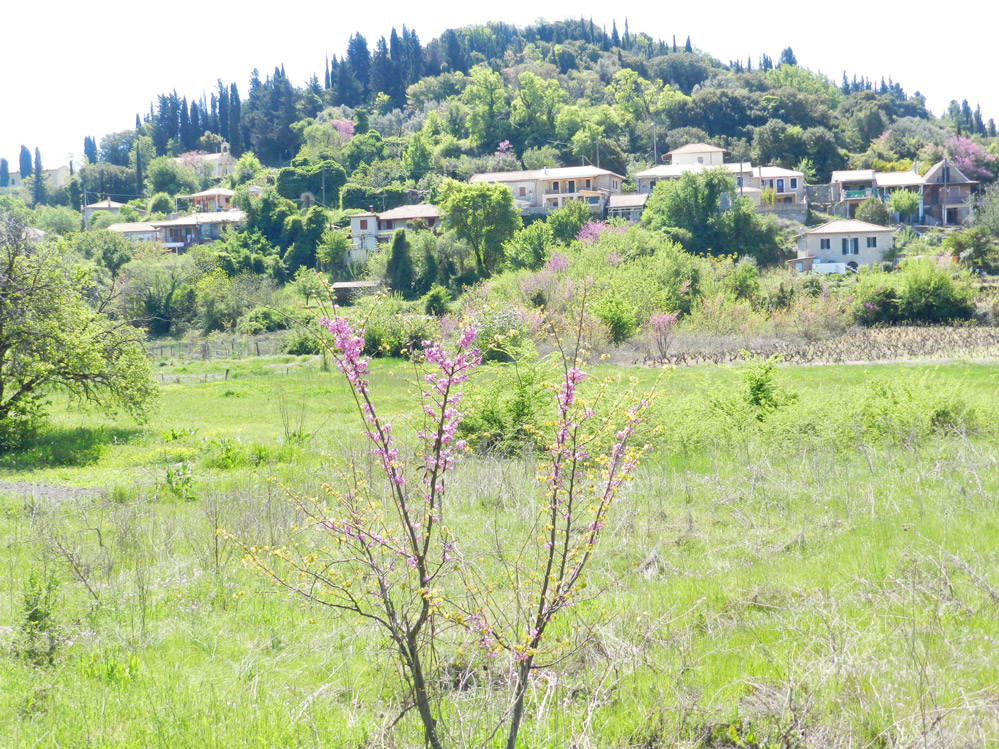 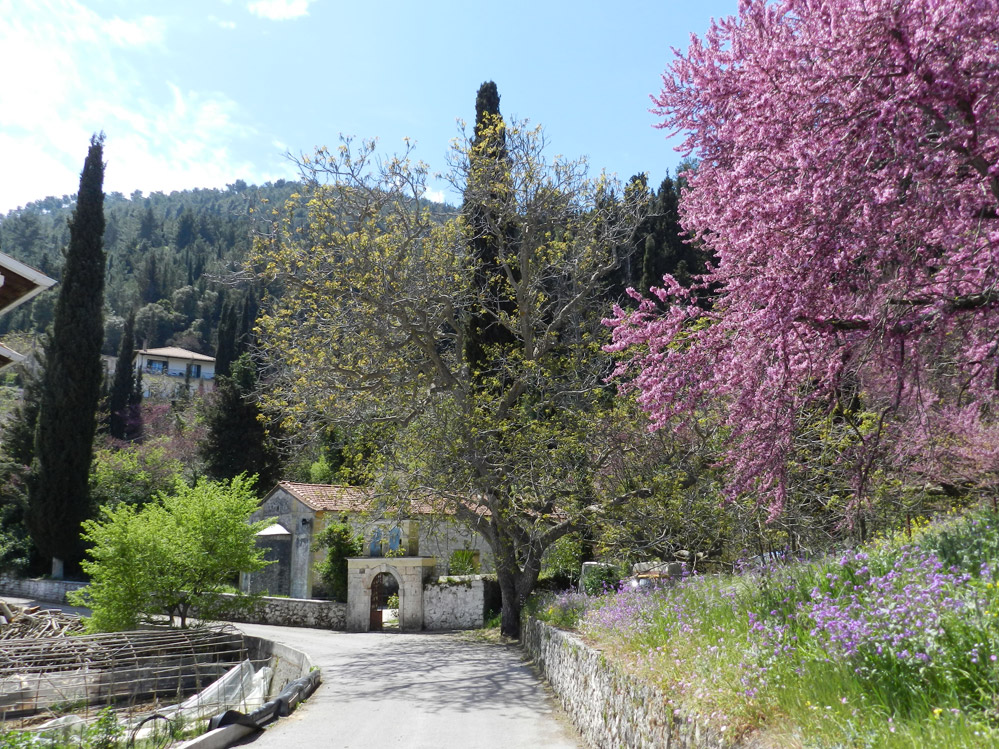 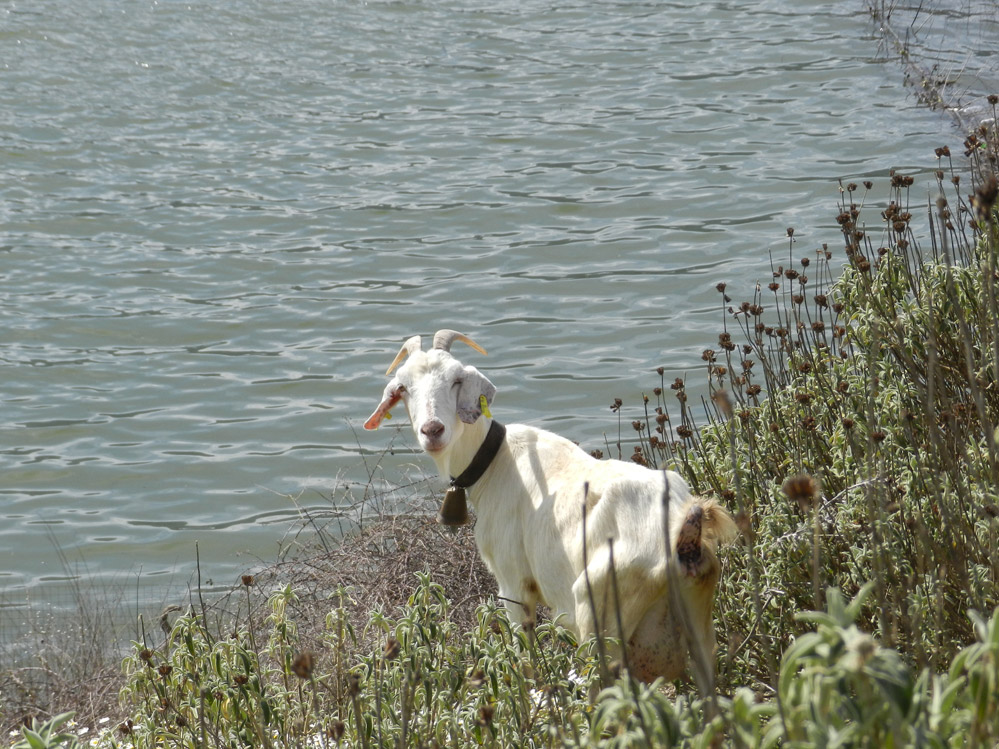 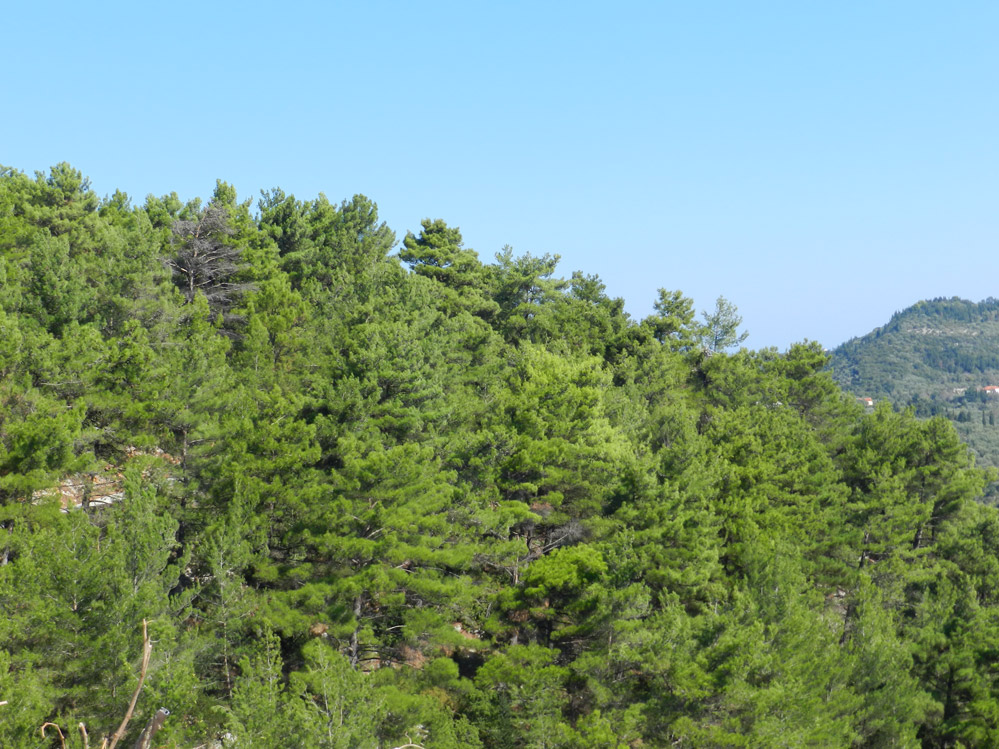 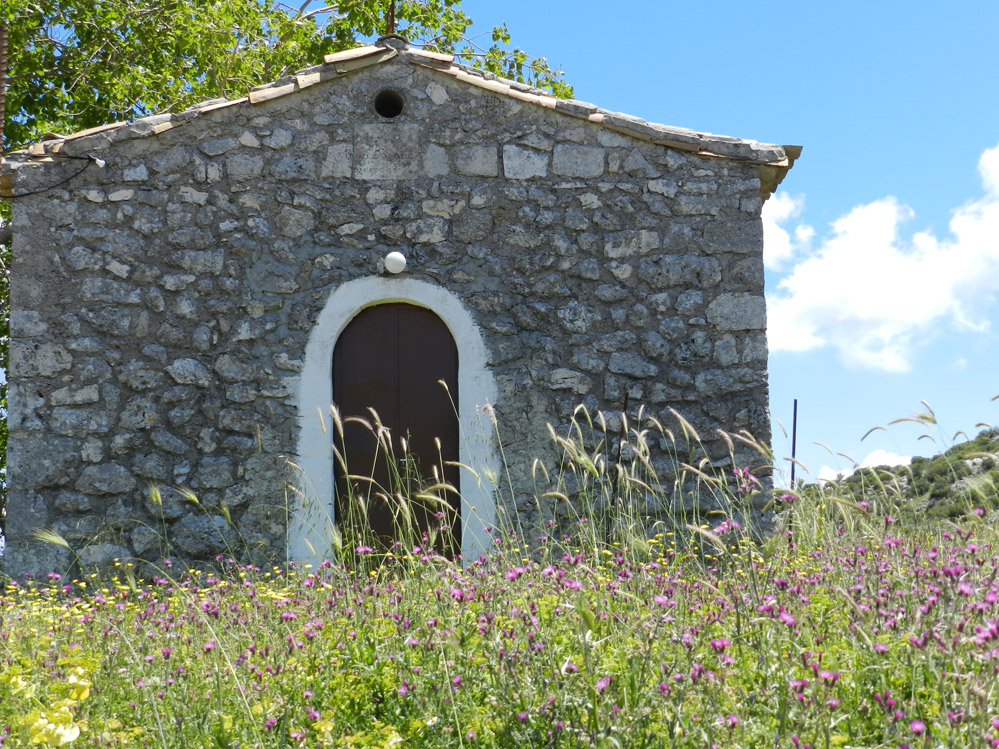 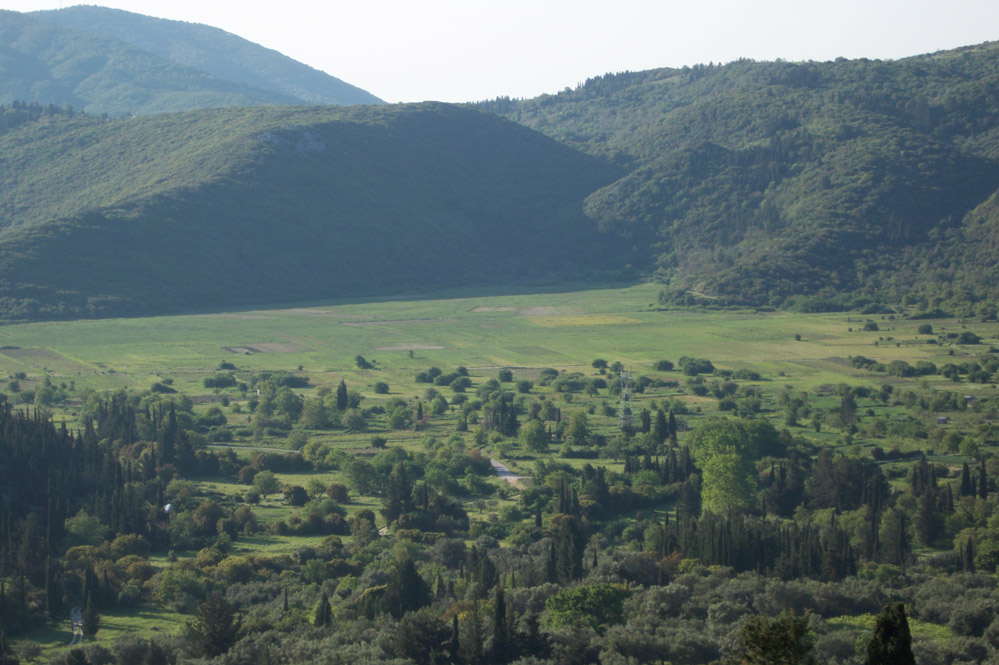