The tour around Lefkas begins from the bridge of Lefkas which links the island with the greek mainland (free of charge) and is considered to be the road connection of the island.

A street above the sea level (1800m long ) leads to the town of Lefkas. On the right hand there is the Lagoon of Lefkas with its famous beach of Agios Ioannis and Gyra with its characteristic windmills.

The lagoon is the island's most important wetland where many rare species of birds and birds find shelter.

On the left hand the sea path leads the ships to the eastern side when the bridge rises.

On the eastern part of the town is the modern marina.

Marina can host up to 600 yachts and its building facilities include a control tower, multi-purpose building, sailing club, office and retail unit complex, a small hotel, vessel repair and maitenance unit, spacious parking lots for cars, over-wintering facilities for 300 vessels, and leisure and green areas.

The historical centre:The town of Lefkas is the gate of the island. The historical centre of Lefkas town is graphic and beautiful with coloured wooden houses and narrow stone paths.
Walking through the pedestrian zone of the Lefkas Market can be very pleasant because of the numerous shops and cafes.

During summer time visitors can drink their coffee in one of the several bars located on the Venetian canal of the western bank. The sunset of Gyra is miraculous from this spot.
Dinners at the graphic taverns of the narrow traditional stonepaths can be very romantic, in addition to the local music of the island (cantades-traditional songs accompanied with guitar).
In the summer the narrow paths are full of smells from the flowers in numerous flower pots in the yards and the balconies.

Cultural Events in Lefkas Town:
In August 1955 the Speech and Art Events, held for the first time by the Municipality of Lefkada, created an innovation in the Greek cultural events. In August 1962 the International Folklore Festival took place at the same time with the Speech and Art Events. Since then, every August, Lefkas town fills with dancers, flags and colours from all over the world.The dancers with their traditional costumes dance along the main street and the port as they pass the message of friendship, peace and brotherhood among the nations of the world.

Music nights, theatrical performances, poetry nights, painting and photograph exhibitions are organised every August in Lefkada. In 1964 the success of the Speech and Art Events reached the peak with the appearance of the famous Greek soprano Maria Kallas who sang for the lefkadian audience.
The Filarmonic Society of Lefkada is the second oldest Filarmonic Society in Greece after the Filarmonic Society of Corfu. It was founded in 1850 and in 1864 the Filarmonic played for the Union of the Seven Islands. In 1896 along with other societies, participated in the Olympic Games. In 1906 it was the only Filarmonic which played in the Mid-Olympiad
The Archeolgical Museum of Lefkada
In its collection there are finds from the Mid-greek period (1900, 1550 b.C), ornaments of graves and pots taken from cemeteries of ancient Lefkada.
During the Venetian period many interesting temples were built in Lefkas town. The most archaelogically important are:
a) The temple of Agios(St) Spiridonas in the central square which was built in 1685.

b) The temple of Pantokratoras. It was built initially in 1700 but its forefront and the contemporary building were built after the earthquake in 1869. Behind the temple there is the grave of Aristotelis Valaoritis.
The temple of Agios(St) Minas. It was built in 1707 and considered to be the most interesting temple of Lefkada. Its chancel screen is an excellent sample of the Ionian wood carving and it has beautiful icons.
In Lefkas town it ‘s worth visiting:
The fort of Santa Mavra which is built in the lagoon, on an island 1km north-east of the town, beside the bridge. It is an important monument which shows the art of fort construction in its era. It was built in 1300 by Orsini but mostly the English and the French were the ones who gave it its final design by adding or changing the buildings.

The beach of Gyra with the windmills and the magnificent sunset.

Today there are only 4 windmills out of the initial 12. Most of them had Russian names and milled wheat until the beginning of the 20th century.
You can cycle, jog or walk around the lagoon which embraces the town and creates an amazing landscape. Its calm water is the mirror of the houses, the sky, the light and the clouds. The treaty of Ramsar has declared it as a hydrobiotope of international importance and threfore it is strictly protected. The lagoon is a shelter for wild birds, swans, wild geese, wild ducks etc. 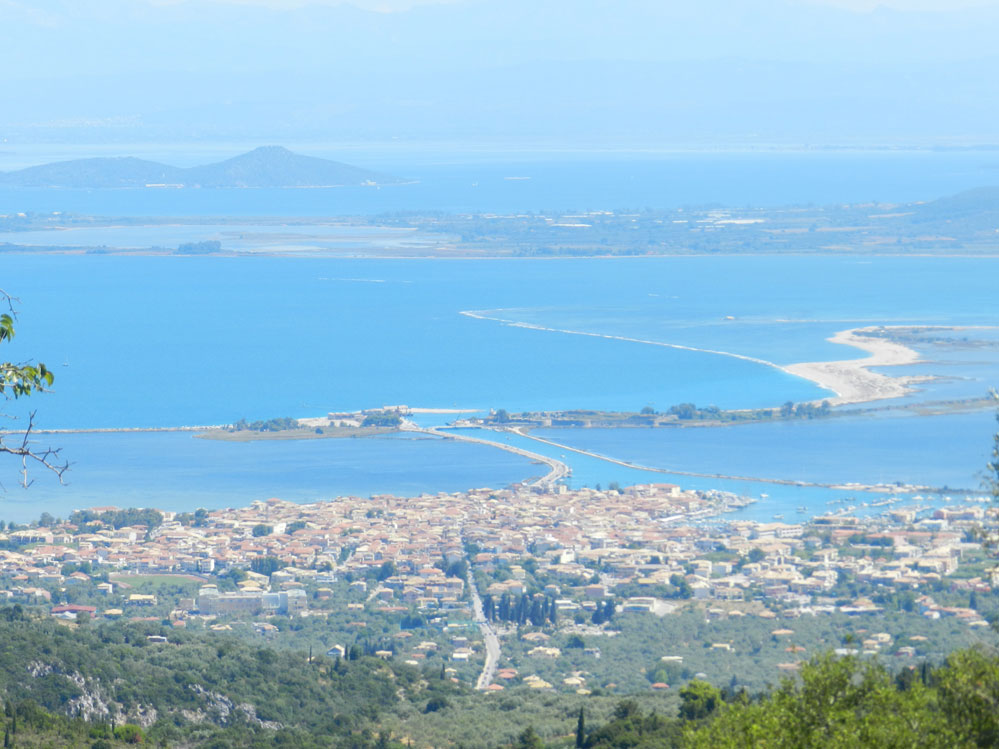 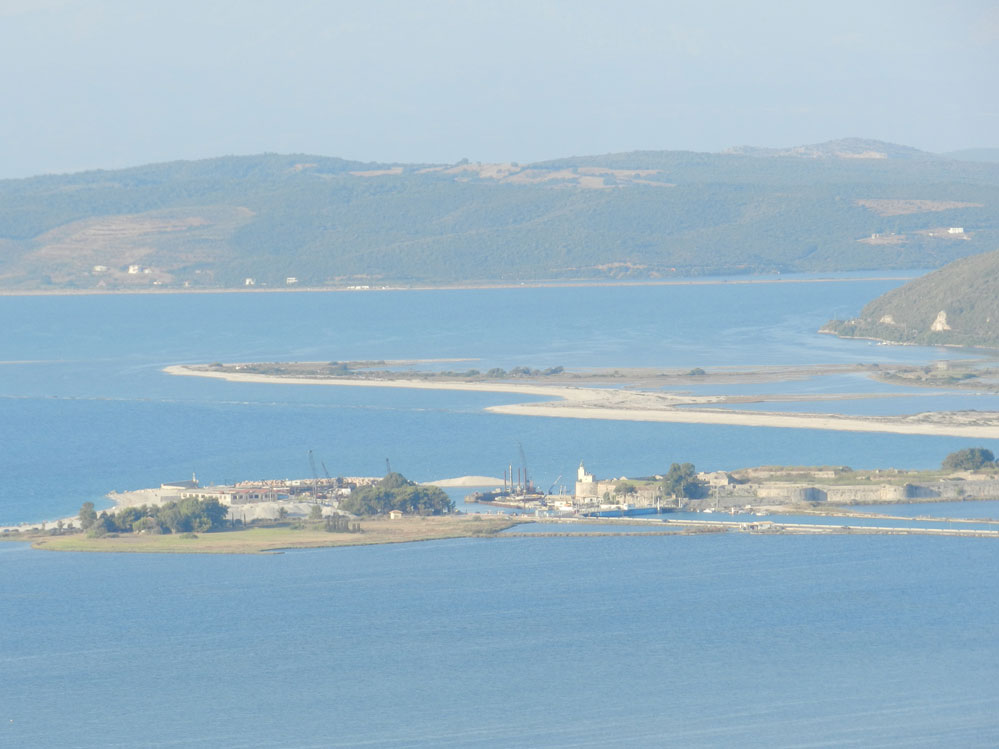 entrance to the island 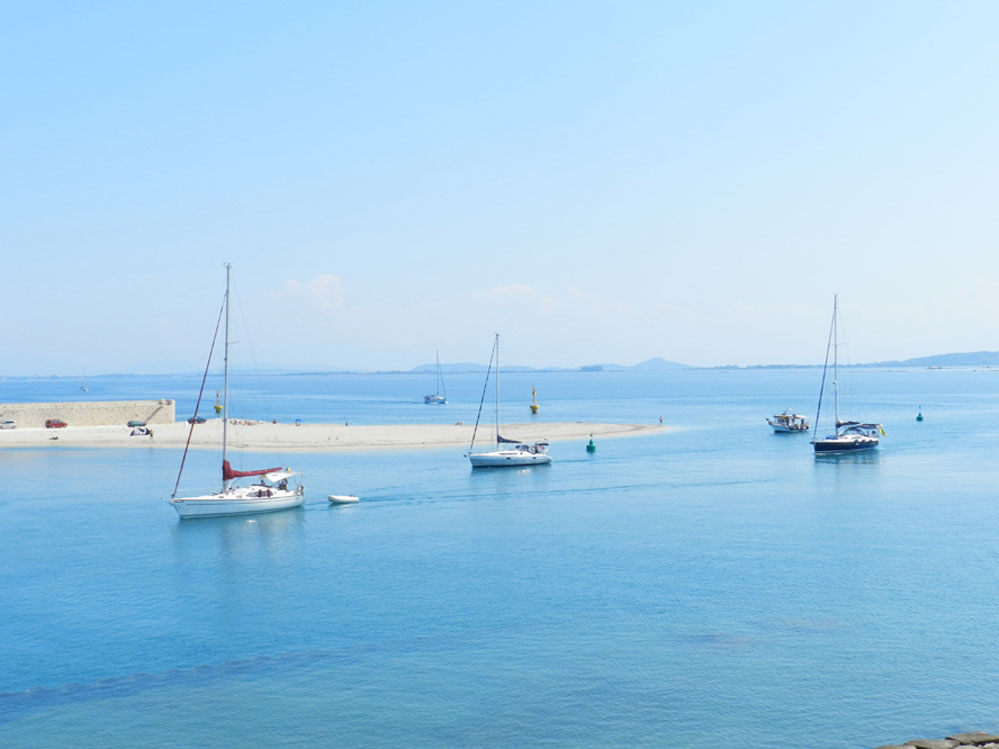 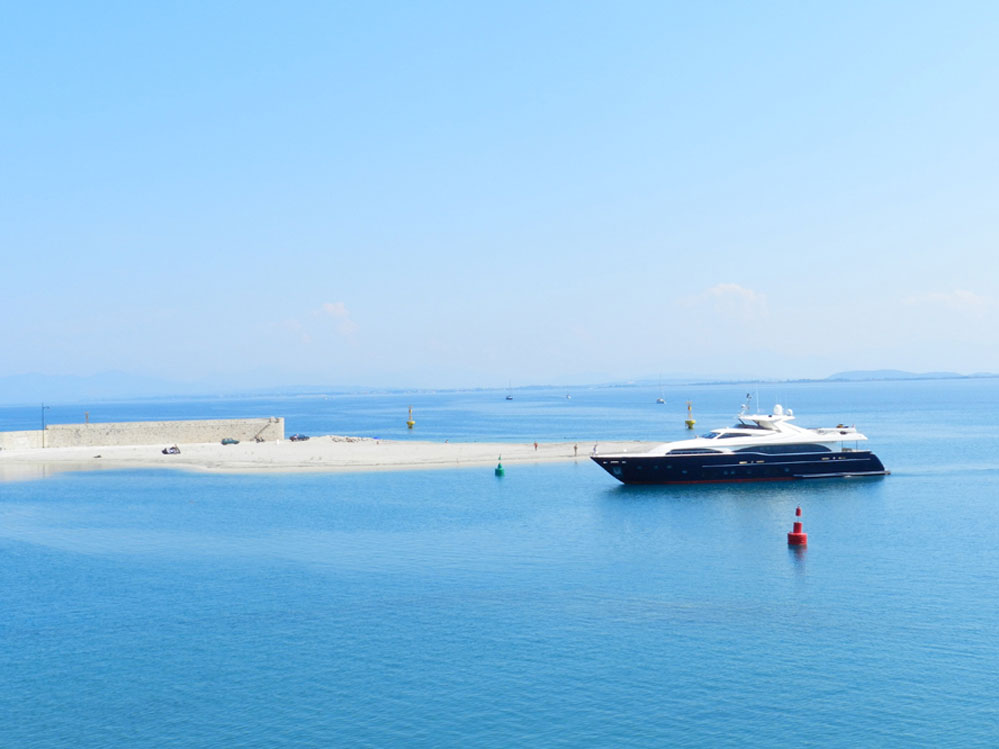 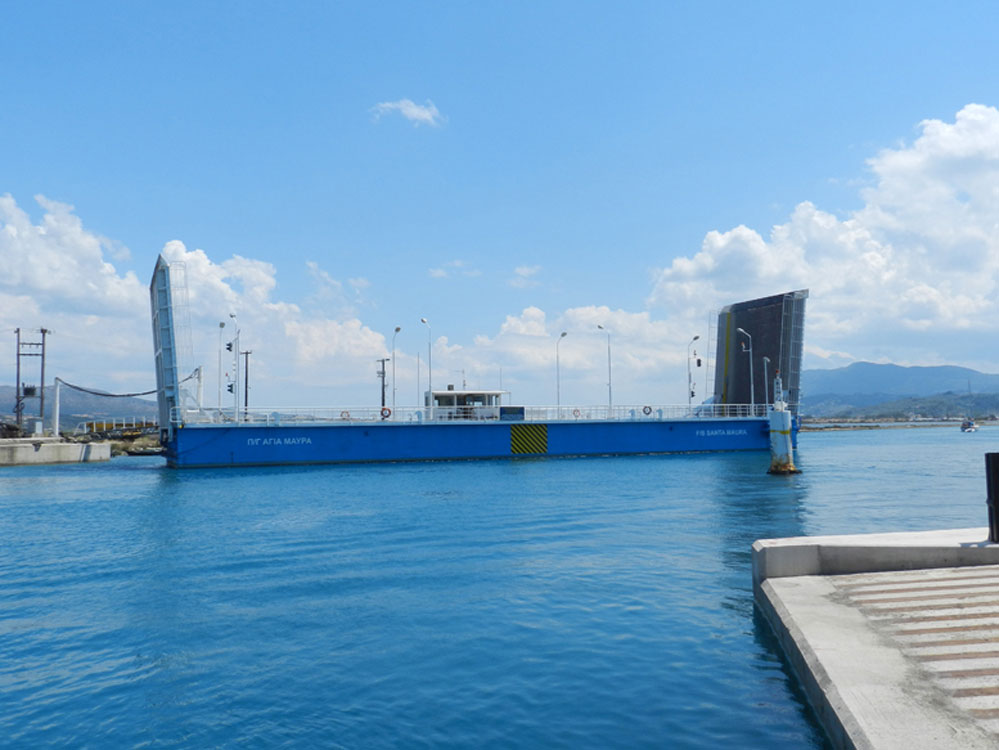 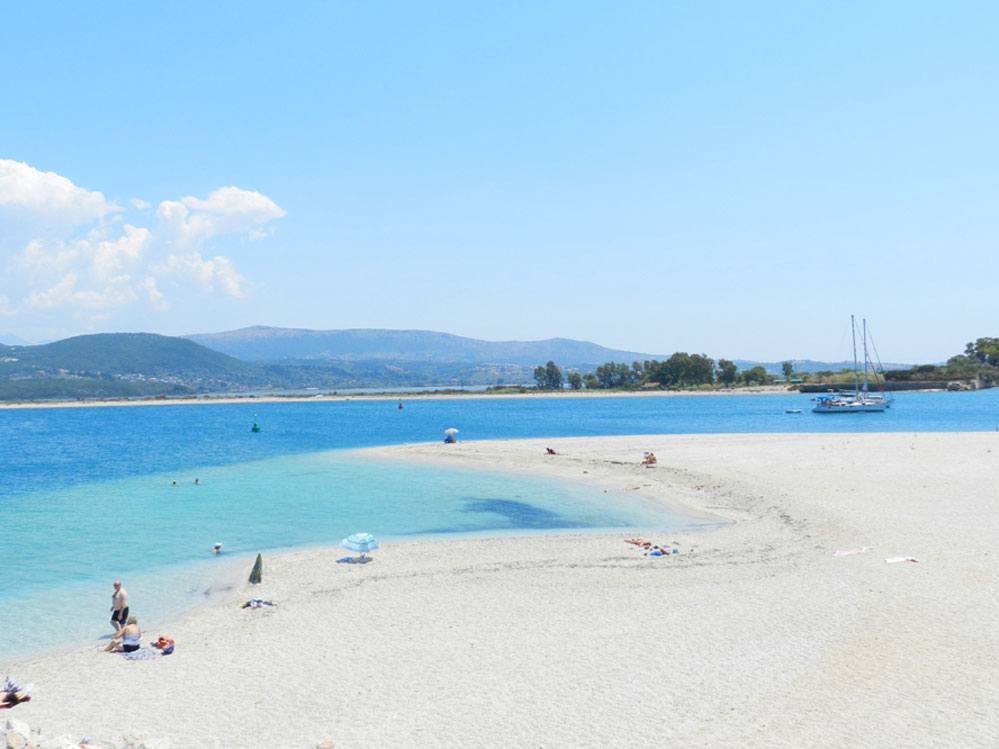 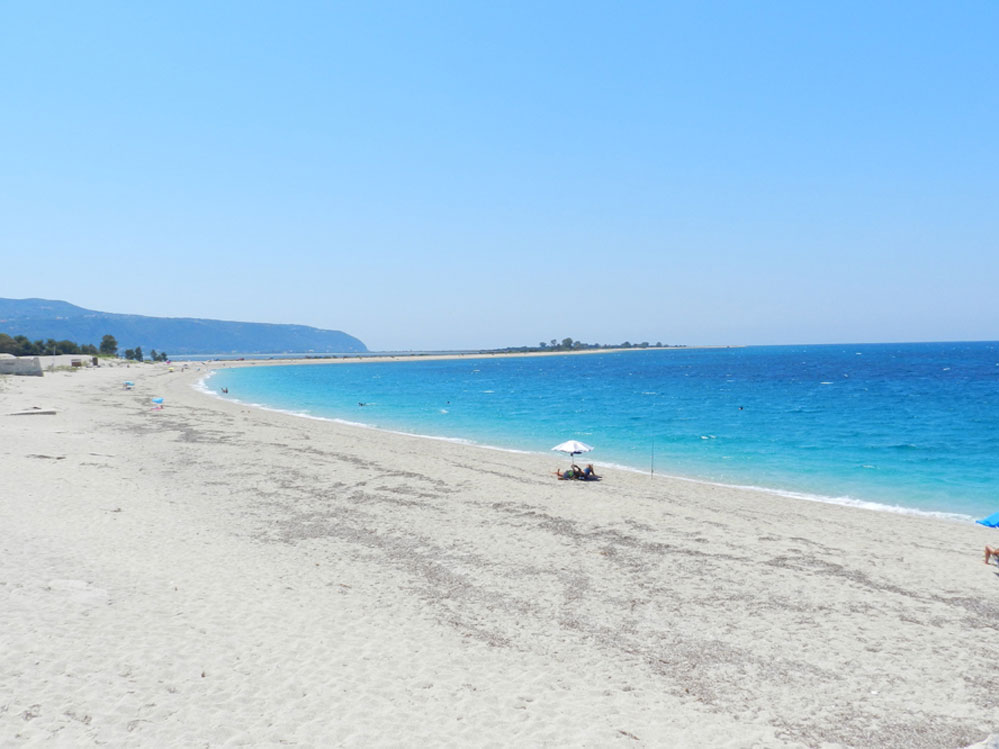 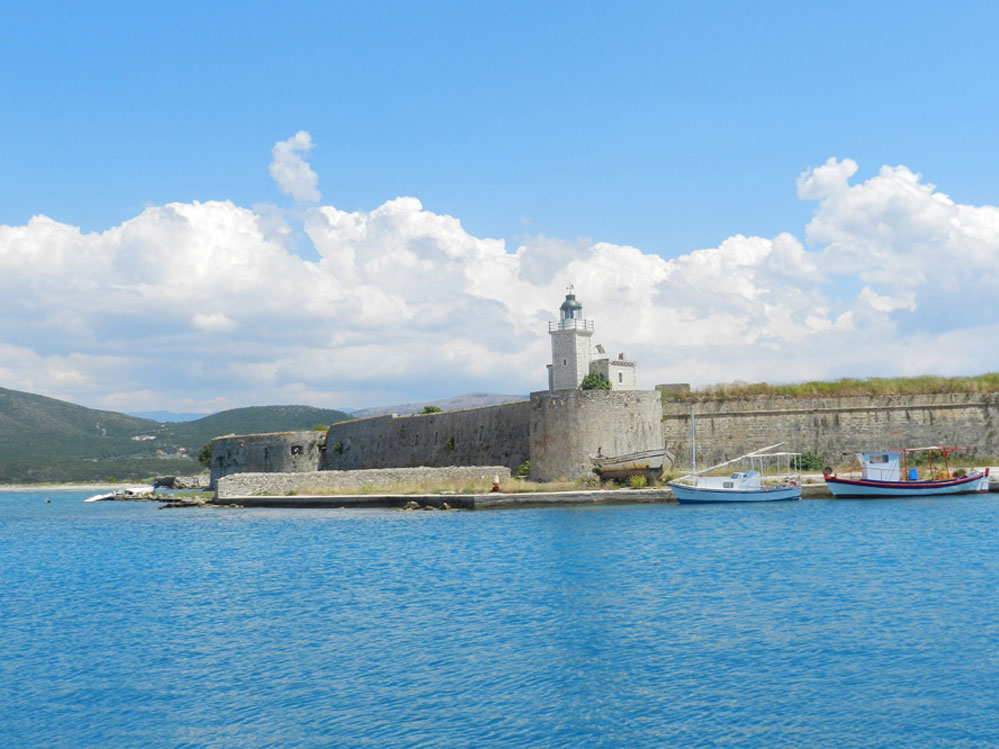 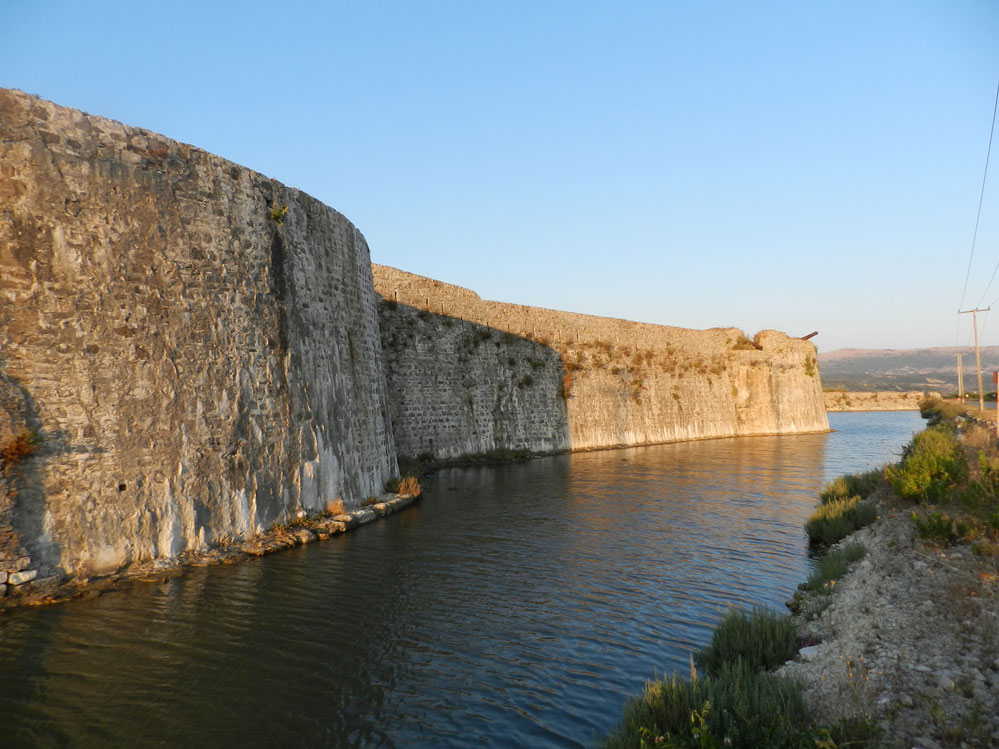 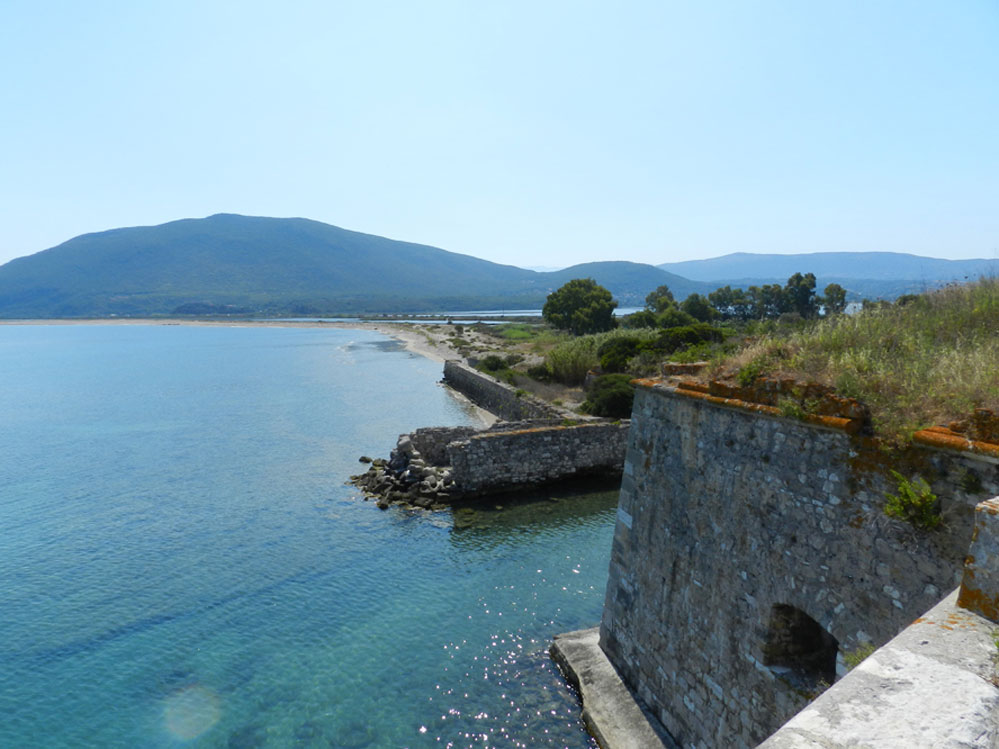 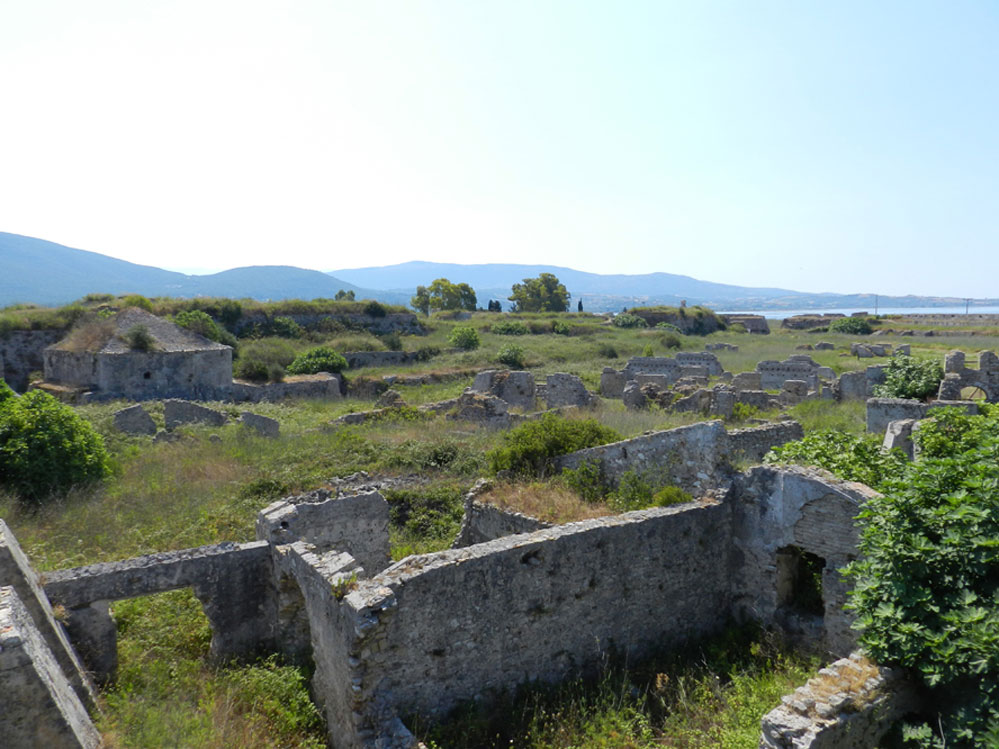 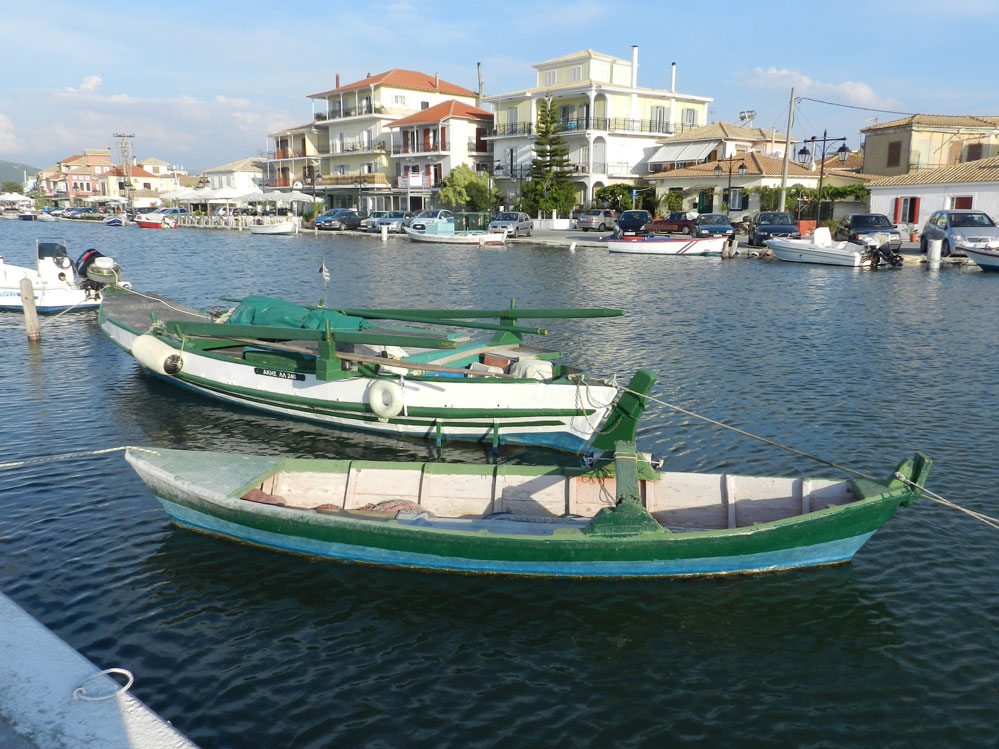 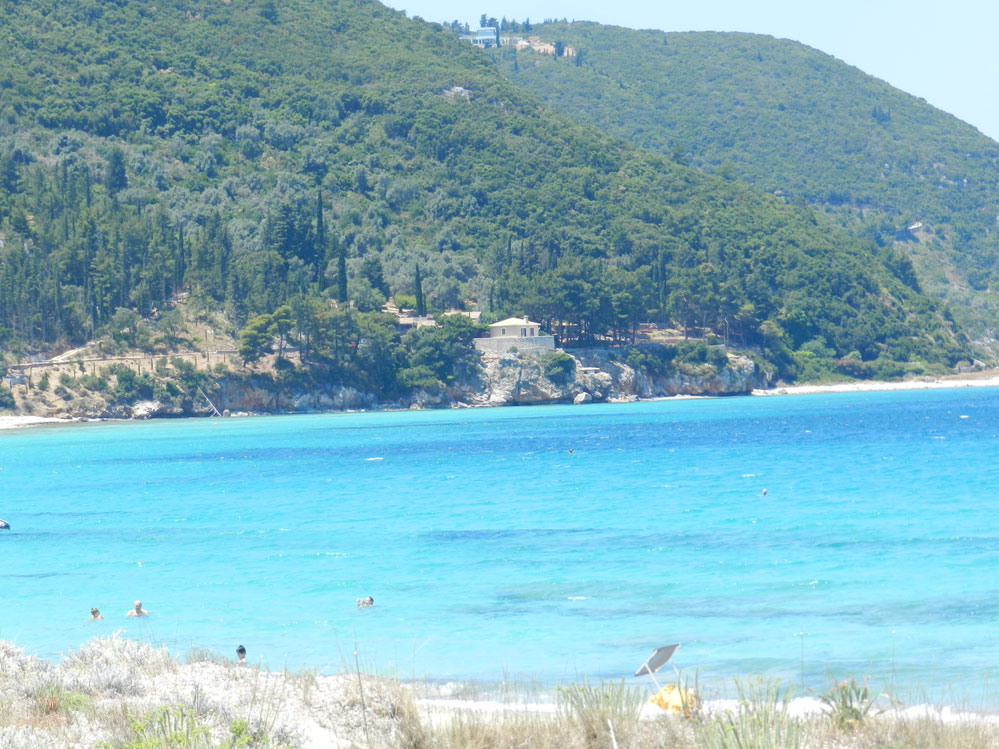 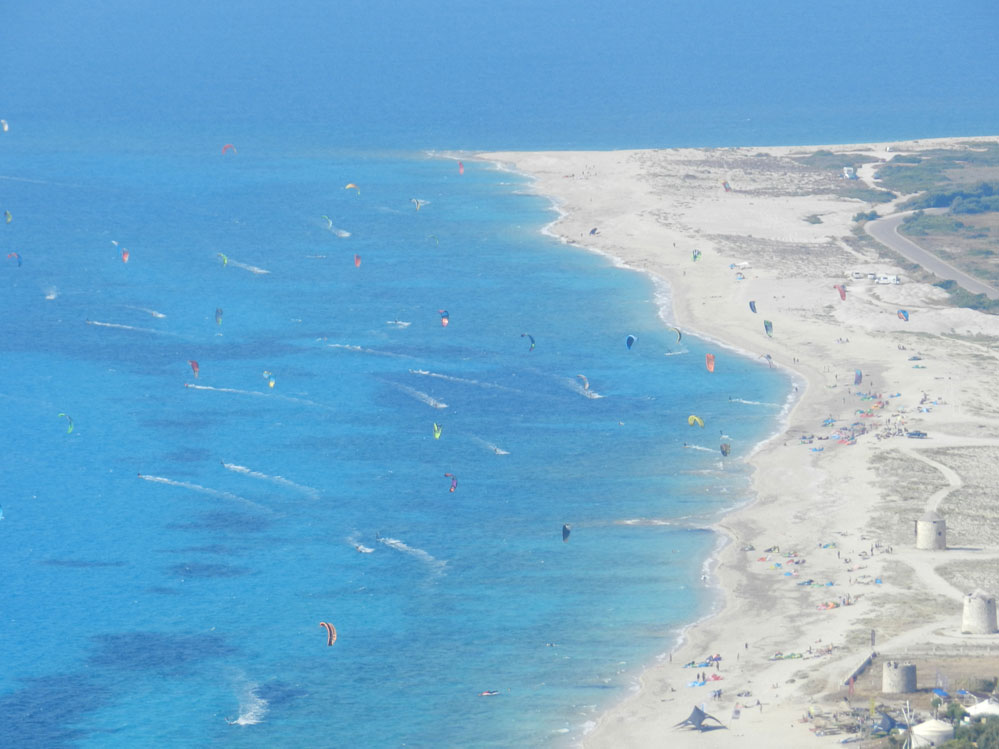 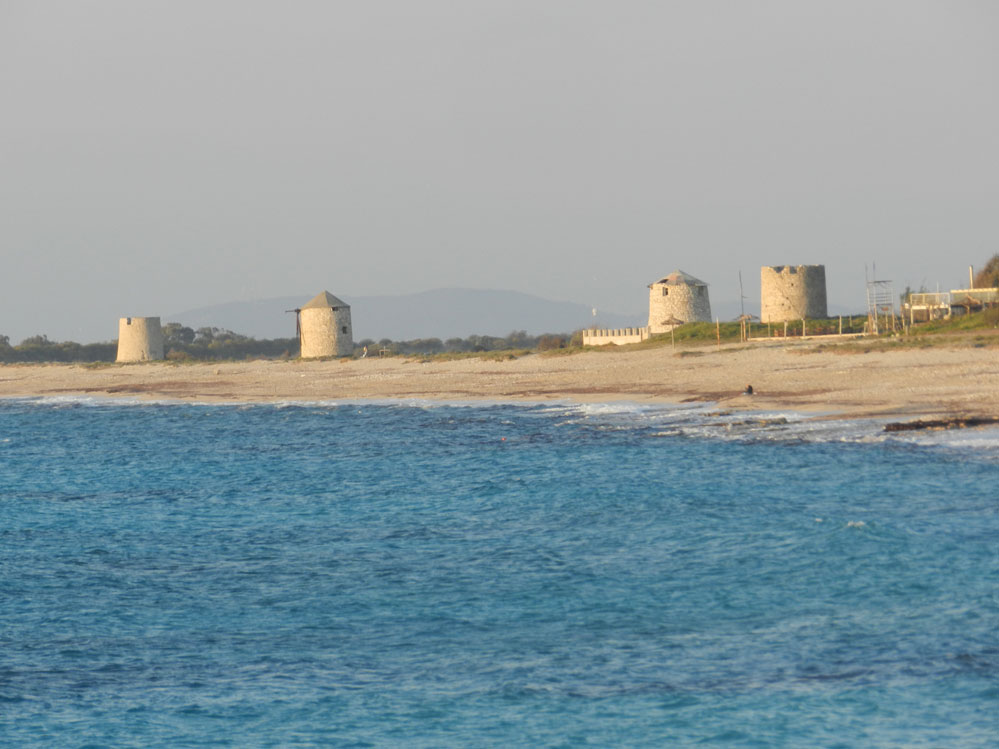 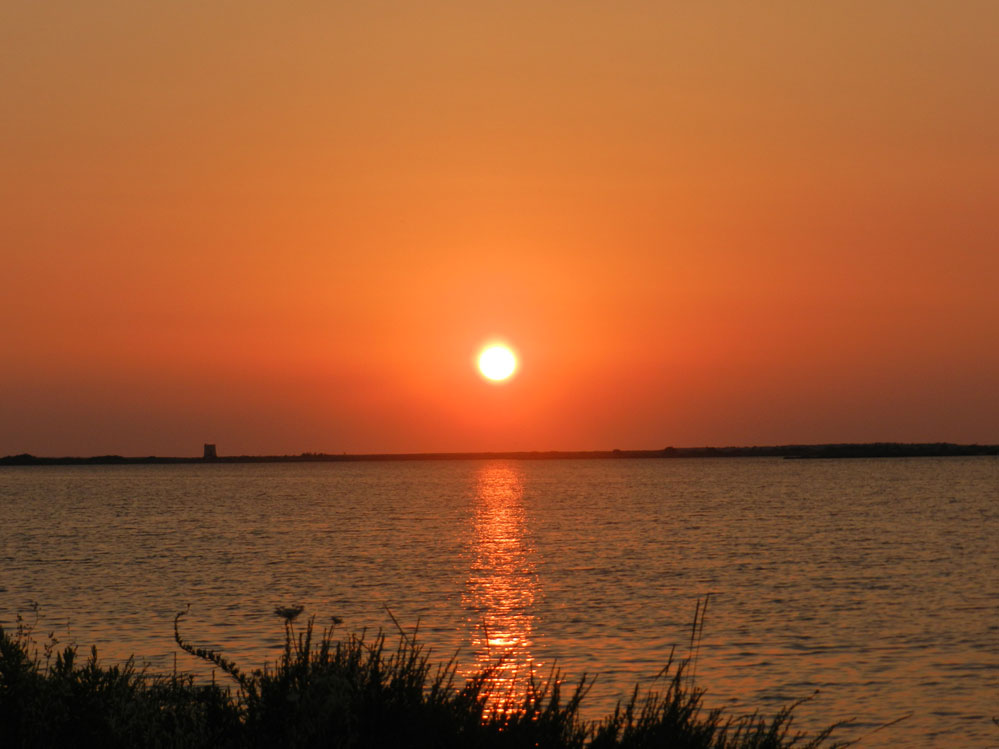 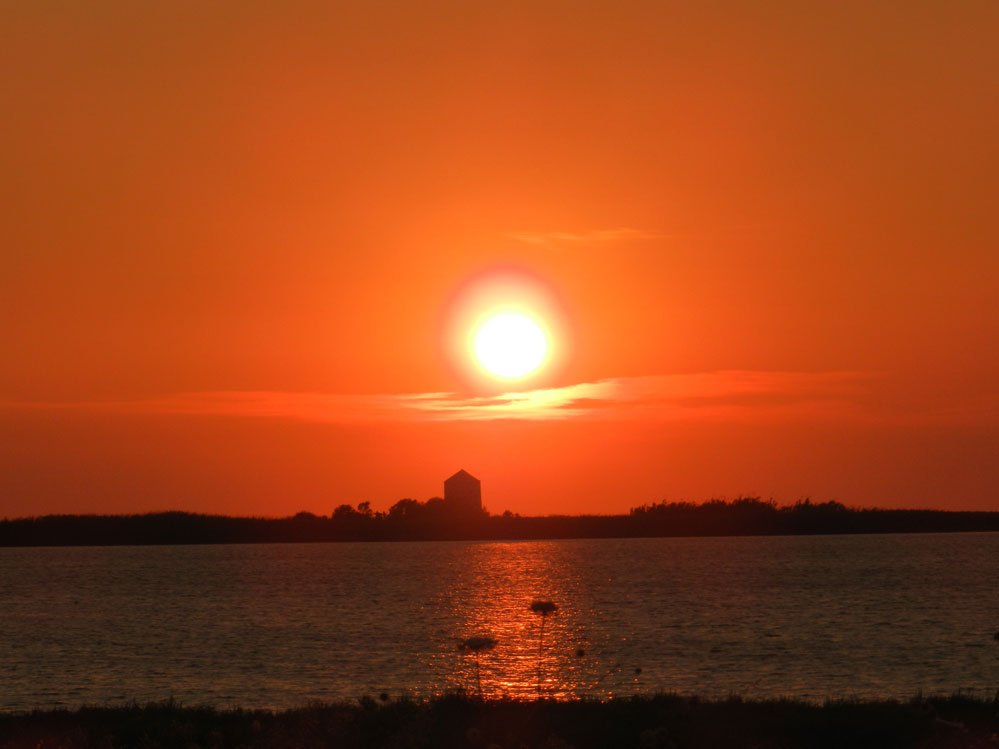 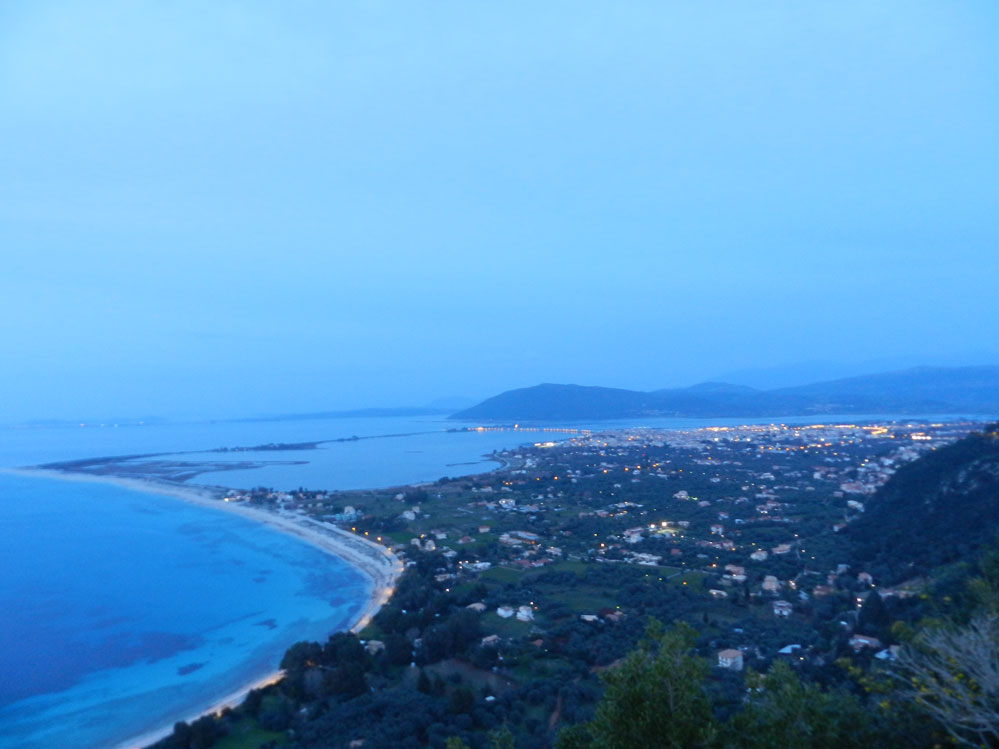