Lefkada has got wonderful beaches of amazing beauty which are popular worldwide. Crystal –clear emerald waters on white sand, hidden underneath craggy rocks are exposed to the visitors as they walk along the west and south side beaches.
The west coast of Lefkada seems to be surrended to the deep blue Ionian sea and the open horizon.

The first big beach of the west coast is St John. It was named after the little church of St. John which was built between the sand and the pines.The beach of St John is the ideal place for relaxation.It was recently awarded with the blue flag of the European Union.

Milos beach is after the village of Agios Nikitas. You can follow the mountain path to get there or you can take a boat from the village. The beach is huge and not so crowded. Some people prefer to swim nude.

Who hasn’t heard of Kathisma, one of the most beautiful beaches in the Mediterranean.

The beach is organised with hotels on the mountainside. Restauarants, clubs with pools, jacuzzi and loud music invite young people to dance and party all summer.

The naturalists visit Lefkada during the summer. They swim and enjoy the freedom of the sun and the sea on the beaches of the south-west Lefkada. Gialos, Egremni, Porto Katsiki are famous in the Mediterranean Sea.
Gialos beach is situated under the village Athani well-known for its beautiful sunsets.

The beach is huge, about 3 km long. In the north, just opposite the island of Sesoula with the undercurrents, there is a small café-restaurant.
Anyone is free to swim and enjoy the beautiful sea with or without clothes. To reach Egremni beach you have to leave your car on the mountain and go down 200 steps. There are canteens under the pines. The sand is white and so are the rocks and the waves. The sea is deep blue. This gives you the absolute sense of freedom. Porto Katsiki is a precipitous coast of the palaeolithic era. The beach with its rocks and the white sand is amazing. This is why it was nominated the best and most clean beach of the Mediterranean Sea. The west coast of Lefkada ends with the Lefkatas Cape.
The undercurrents and the sand of the open sea have created endless white beaches along the west coast. These beaches are interrupted by steep and imposing rocks while the green and full of pines, cypresses, olive trees and bushes sides of the mountains create a contrast with the white beaches. In some spots the pines literally reach the sea.
Here the sun sets in the sea. During the sunset the white beaches are painted with thousands of colours. The sense of swimming in the sea while the sun sets is indescribable.

On the south coast, near of Vasiliki inside a fairy gulf, there is Agiofili beach. It is a small white beach with crystal waters, ideal location for fairies. Under the village of Marantohori, lies the beach of Ammouso. It has got thick sand and pebbles and it is crowded during the summer.

On the protected east coast of Lefkada just opposite the Akarnania land, the calm sea forms small beaches and ports.
Here beside the organised resorts and clubs the natural beauty is combined with all kinds of water sports.
After Karyotes, in Ligia, the visitor can watch the return of the local fishermen and swim in the little beaches next to traditional taverns or even in the biggest beach of the village under the shadow of the eucalyptus.

Within a distance of a few km in Nikiana which is full of olive trees, the visitor can enjoy the magnificent sun sunrise. The trees and the bushes create the perfect shadow above the beaches.
In Nydri there are organised beaches for all kinds of water sport.The surfers can surf until the green coast of Madouri. The calm gulf is full of children swimming, canoeing and playing as they enjoy happily the nature of the Prigiponisia Islands.
When you turn left from Vlyho to the cove of Rouda you will find the traditional village of Poros which has small guest houses, hotels and fish taverns. Towards the end of the gulf there is the beach of Mikros Yialos with its golden sand and crystal waters which shimmer under the sun. 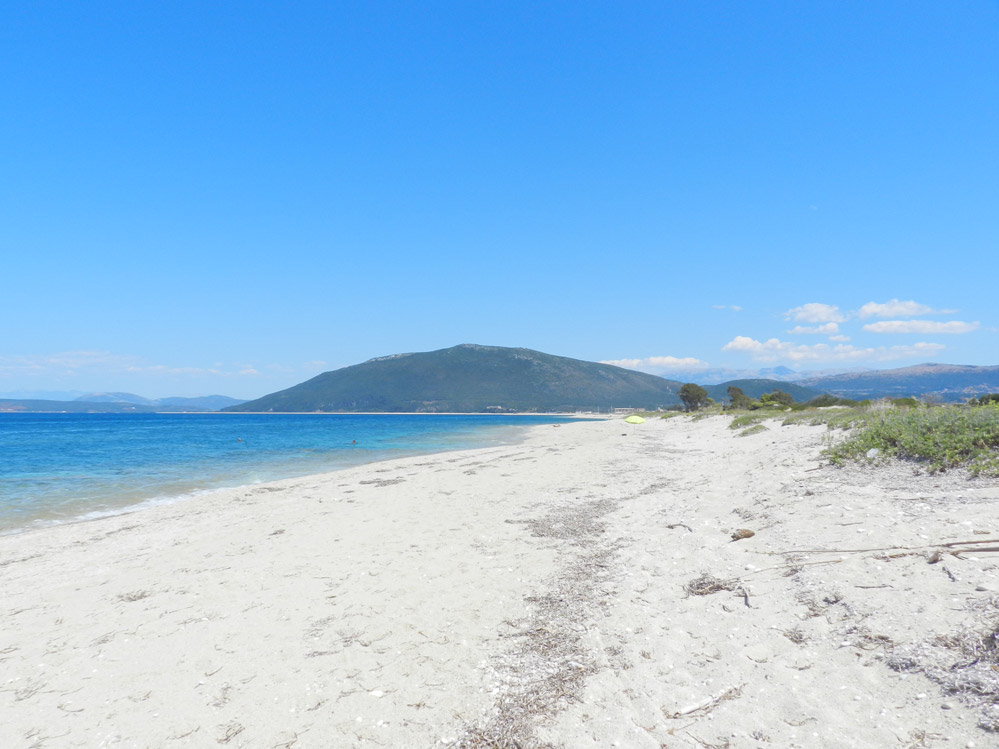 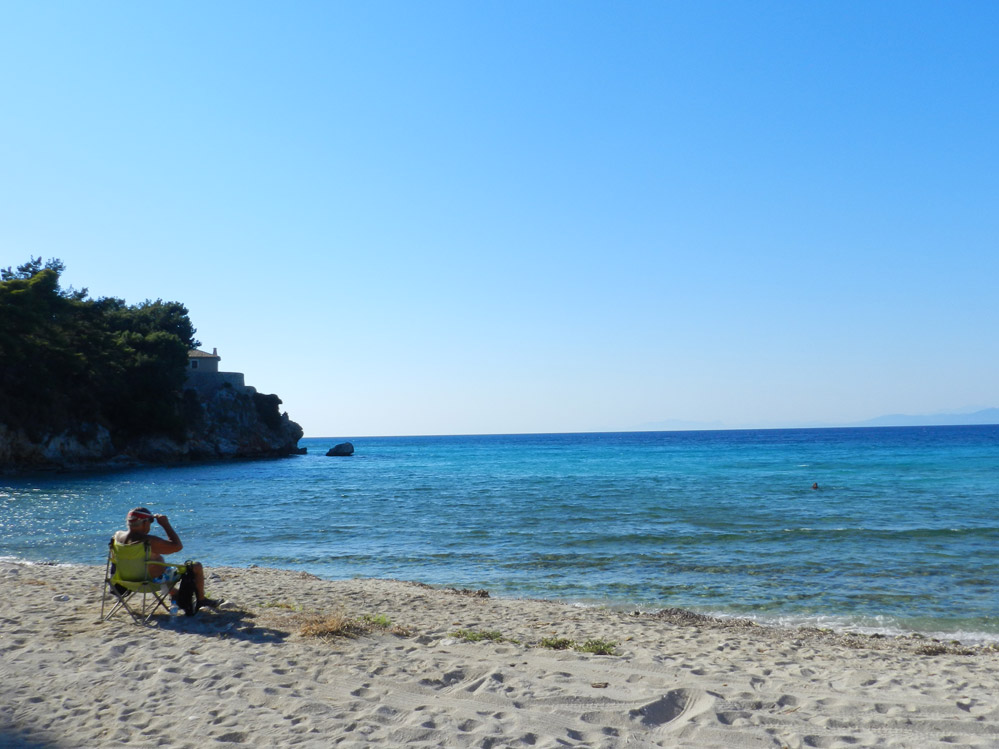 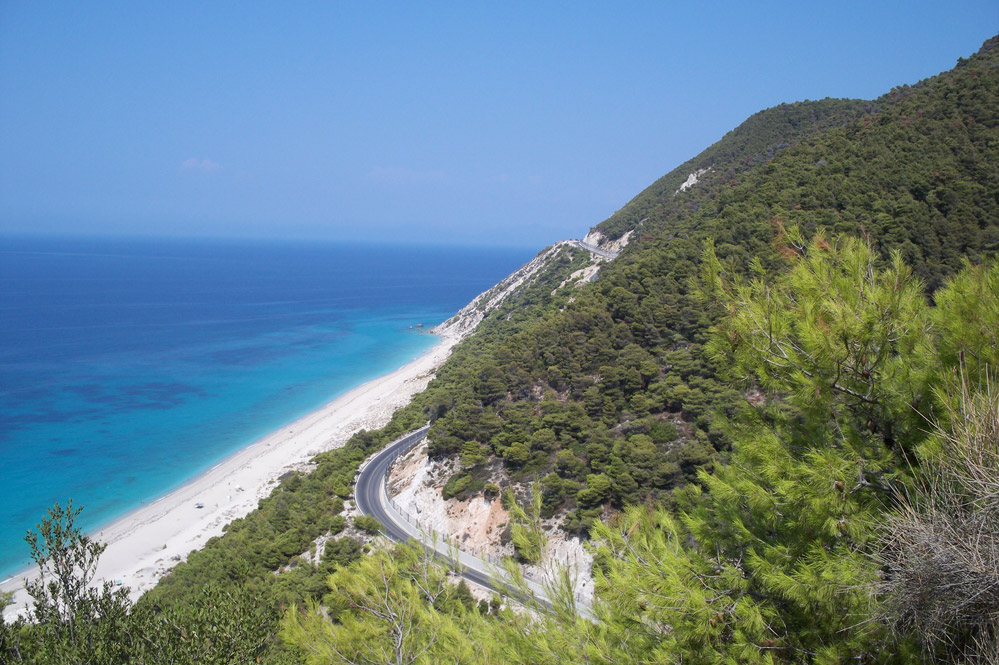 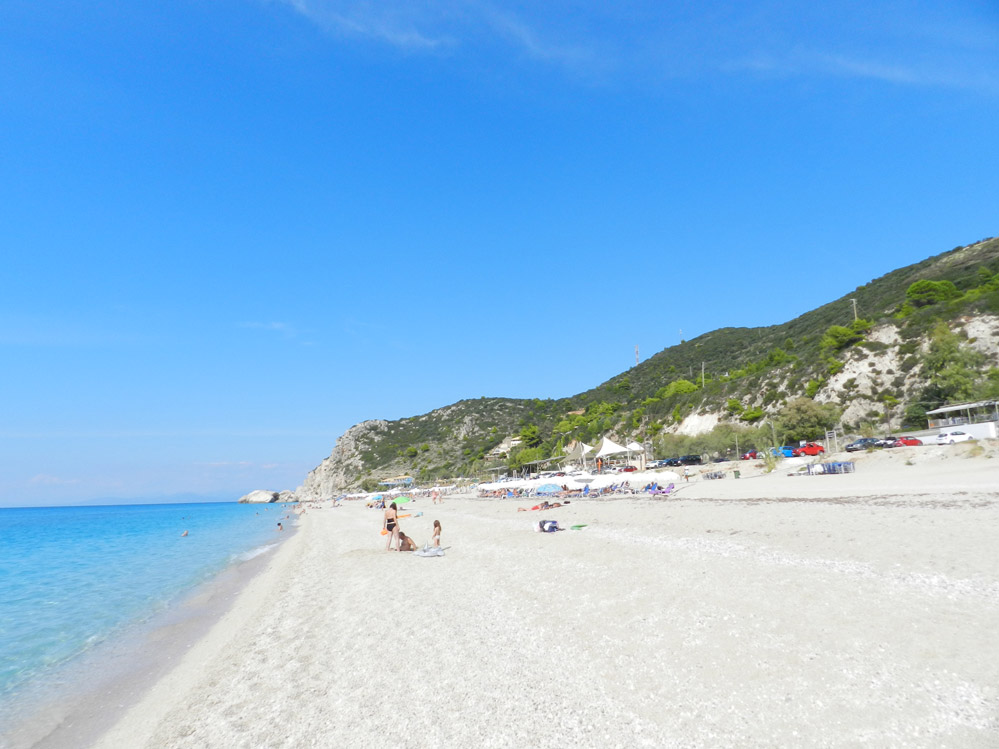 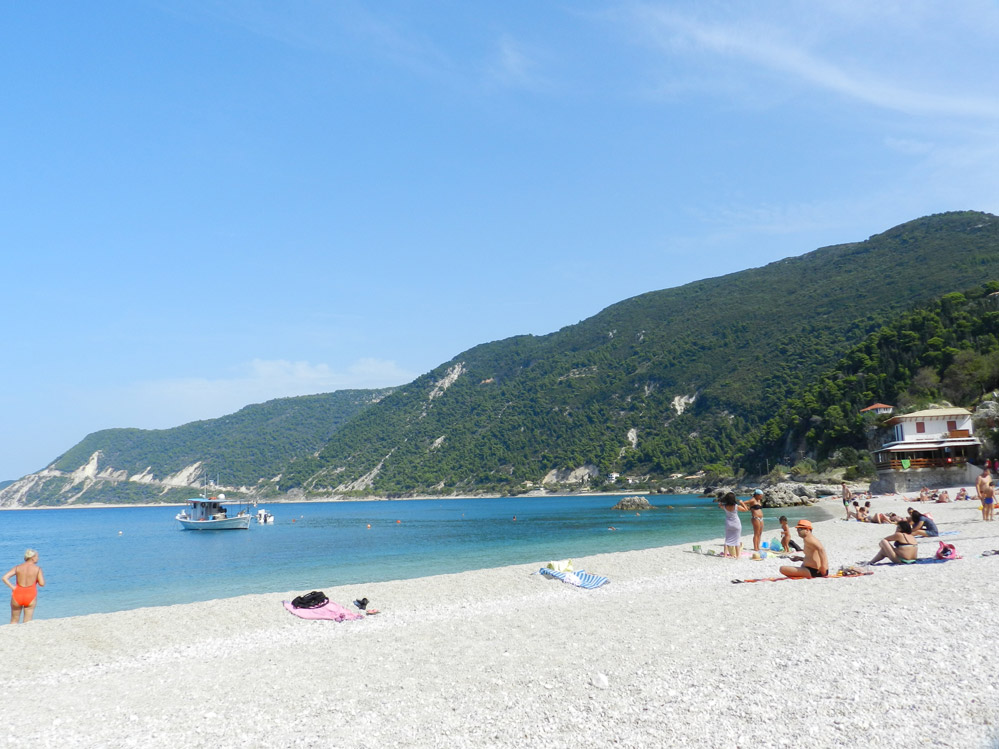 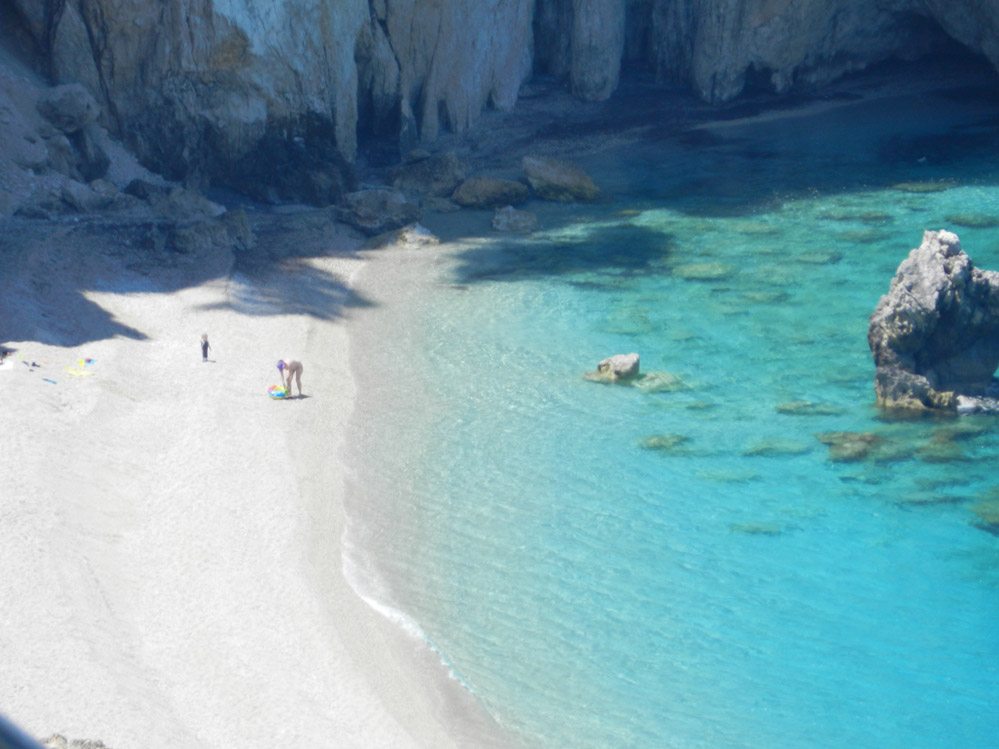